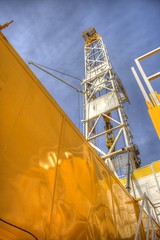 Georgia Jensen was the director, sole shareholder and an employee of NZ Rigging Services Limited, which she incorporated in 2007. In the period between March 2008 and May 2009, a total of NZ$74,016.69 of PAYE and other employee deductions was withheld from the IRD. Georgia Jensen Since it incorporation, only NZ$7,000 of PAYE payments have been filed by NZ Rigging Services.

Reparation was not sought by the judge, as Georgia Jensen is currently unemployed. Though he did label her actions as “premeditated and deliberate”. Graham Pomeroy commented further by saying that when tax payers act against the system, they not only compromise the integrity of the tax system but cheat the community.