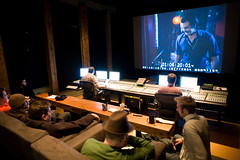 The LBSPG was instituted in the Taxation (GST, Trans-Tasman Imputation and Miscellaneous Provisions) Act 2003 and originally provided a 12.5 percent tax rebate on aspects of productions that exceeded a preset expenditure level. In mid-2007 the grant was increased to 15 percent and also came to include post-production, digital and visual effects work, that exceeded NZD3 million.

The grant was instituted in the hopes of stimulating economic growth by creating incentive for international productions to be created in New Zealand. Gerry Brownlee expanding on this, said “Attracting large budget film productions here offers wider benefits to the economy, including increased opportunities for New Zealanders as well as tourism benefits from having New Zealand locations shown to an international audience.”