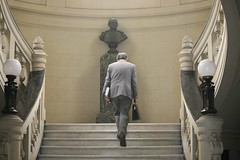 According to Bill English, the Government was seeking candidates with an understanding of both macroeconomic and real-world business principals for the positions. He continued on to say that both candidates posses the required strong economic backgrounds and experience within a range of ventures. Further, commenting on the appointments, Bill English said “I’m confident they have the skills to help the bank meet its targets and promote and maintain a sound and efficient financial system.”