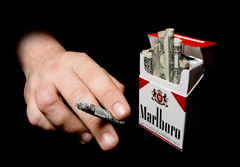 Tariana Turia, Associate Health Minister of New Zealand, announced the tax increase, saying, “If this legislation contributes to saving just one life then it has done its job but I am in no doubt that it will save hundreds of lives.” She continued to say “I know the increase may seem harsh to some but the health of our families, whanau and community is paramount and we need to do everything we can to deter people from smoking.” Conversely, the excise tax also increases have already received widespread criticism. Roger Bull, Chairman of the New Zealand Association of Convenience Stores, has claimed that the new increase places a greater value on cigarettes, and subsequently puts store owners at a greater risk of robbery and possible violence.