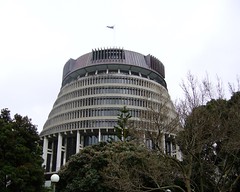 Reactions are beginning to emerge regarding the 2010 New Zealand Government Budget. The latest fiscal policy changes have garnered relatively neutral results, although some changes have received widespread welcome.

On May 20th the New Zealand Government revealed its latest budget, introducing numerous personal income tax rate decreases, measures to close loopholes in the tax treatment of rental properties, and an unexpected cut to the level of corporate taxation. According to a poll conducted by New Zealand Taxation, nearly 60 percent of respondents claimed to be neutral in satisfaction regarding the tax changes, while over a quarter of survey takers said they were “Very Unsatisfied” with the Budgets. Additionally, 16 percent were “Very Satisfied” or “Mildly Satisfied” with the cumulative fiscal change package.

Phil O’Reilly, Business New Zealand Chief Executive, has been an outspoken supporter of the 2 percent decrease to corporate taxation and PIE levy rates, announced in the Budget. he claimed that the new rates will lead to competitive and higher-earning economy. Commenting on the fiscal package he said, “These tax decisions are targeted at the long term health of the economy. It is to be hoped that future budgets will continue this positive approach.” Although he went onto to ask what measures will be implemented next to ensure the competitiveness of New Zealand’s economy against the Australian market.

As a cumulative package, the new Budget has received general praise, with commentators lauding the numerous tax cuts. Although several commentators have claimed that the Budget is of greater benefit to high-income earners with little advancement for low-income New Zealanders. David Cunliffe, Finance Spokesperson for the National Party, commented further, saying, “When the rosy glow of Beehive spin wears off, New Zealanders will know they’ve been swindled.”