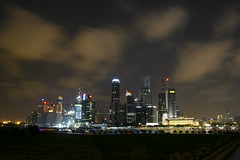 The new agreement is intended to replace the DTA signed by Singapore and New Zealand in 1973. The DTA will lower withholding rates on dividends, royalties and interest. As the bi-lateral agreement will be updated to modern standards it will also serve to increase the levels of protection and certainty for cross-border business. The DTA will also conform to the international recognized standards of taxation transparency and information sharing, as set out by the Organization for Economic Cooperation and Development.