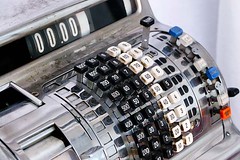 Alan Bollard, Governor of the RBNZ, explained the change, saying, “…the economy has entered its second year of recovery with growth becoming more broad-based.” The alteration has also been attributed to the strong recovery of the New Zealand’s key economic trading partners, especially the Asia region, Australia, and the US. Local economists expect several more upwards adjustments throughout the 2010 year, barring an unexpected downturn in the global financial situation. The Governor added that the OCR will be reviewed and adjusted in line with the withdrawal of Government stimulus measures, as dictated by the economic environment.

According to Alan Bollard, economic growth is expected to reach 3.5 percent throughout the 2010 and 2011 years. The growth is attributed to an improved demand for export goods, a rising labor market, along with residential and business investment.