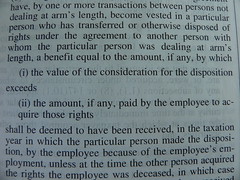 The two issues are the initial cases that will be investigated by the RAP its new role as a consulting independent body to the Government on remedial tax issues. The RAP was originally created to investigate unintended changes arising during the rewrite of the Income Tax Act 1994. The role was eventually expanded to encompass recommending actions to deal with remedial tax law issues arising from rule changes of other Acts. In March 2010, the RAP was instructed to investigate and recommend clarifying actions on any issue raised by the Revenue Minister. Summarizing the new role of the RAP, the Minister said that the Panel’s work will be “…invaluable in providing quick responses to particular remedial questions that do not involve policy change and are not being dealt with by the tax policy work programme.”

Public comment on the capital of companies being reorganized and beneficiary income of trusts must be submitted to the RAP before September 3rd. All submitted issues will be examined by the Panel, who will forward the problem’s details along with recommended-action report to the IRD.