Student Loan Repayments to be Simplified 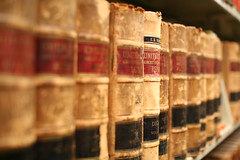 Student loan holders could soon benefit from reforms aimed at easing the management and administration of their debts.

After a round of public consultations, the New Zealand Government intends to instate several changes to the national student loan system. On August 27th Peter Dunne, Revenue Minister of New Zealand, announced that a bill had been tabled in Parliament with the alterations, saying “Student Loan Scheme Bill paves the way for borrowers to communicate with Inland Revenue online and vice versa, and is part of a package of reforms to simplify the way Inland Revenue administers student loans.”

The bill aims to reduce the number of physical letters and correspondences sent to loan-holders and migrate Studylink to an up-to-date electronic filing system. According to Peter Dunne, the change will be of great benefit to overseas-based borrowers. The bill also removes the currently enforced end-of-year assessments for salary earners whose incomes are over the pay-period repayment thresholds. If the changes are passed, the Inland Revenue Department (IRD) will assume that loan repayment deductions correct and final, and minor end-of-period discrepancies will be ignored.

The penalty payment rules applicable to student loans will also be changed, “so an individual’s debt does not quickly become insurmountable.” Currently, the compounding monthly late payment penalty is set at 1.5 percent, an equivalent to 19.56 percent as an annual interest. Under the bill, the late payment interest will be charged only on overdue amounts, and be levied at the Government’s base interest rate with a 4 percent penalty margin. Borrowers who enter into installment payment plans will be subject to a rate of 2 percent.

If passed, the bill will come into effect in April 2012.