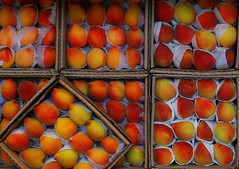 The Labour Party has publicly stated that it supports the idea of cutting Goods and Service Tax on fresh fruit and vegetables, to encourage healthier lifestyles across the country.

Phil Goff, leader of the Labour Party, confirmed on September 27th that if elected his party intends to cut sales taxes on fruits and vegetables. The party leader recently speared a campaign against the Government’s tax package, which includes lifting Goods and Service Tax (GST) by 2.5 percent to 15 percent. In his campaign speech Phil Goff claimed that zero-rating fruit and vegetables would “help people on low and middle incomes make up some of the ground they are losing under National.” He added that the party plans to announce several other taxation and economic policies aimed at aiding low and middle income families.

Peter Silcock, Horticulture New Zealand chief executive, has already expressed his approval of the idea, saying that lowering tax burdens on buying fruit sends a message to the population that buying fruits is economic and healthy. He added that tax changes would be the easiest means for the Government to positively influence the national diet. However, Bill English, Finance Minister of New Zealand, has already stated that he does not support the suggestion of lowering taxes on fruit. He claims that the planned personal tax cuts already adequately compensate tax payers for the increased GST rates, and he had no intention of altering the “simple” GST system.