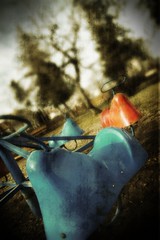 Announcing the need for a change in the child support system, Peter Dunne, Revenue Minister of New Zealand, said “The reality is that family life in New Zealand has changed considerably in the 18 years since the current scheme was introduced.” He added that families’ financial situations are now more complicated then when the child support laws were introduced, requiring an update. He added that it is more common to see separated parents to take greater involvement in children’s upbringing, further adding to the antiquity of the present laws.

The discussion documents can be found on the IRD’s website.