The New Zealand Government has released a list of its taxation policy aims and goals for the next year, which are claimed will aid efforts to rebalance the country’s economy and strengthen its growth prospects.

According to the Programme, over the next year New Zealand will focus its tax policy work on four main goals...

A student has been sentenced to five months of home detention after being found guilty of using fake companies to receive GST returns of over NZD 40 000.

Bing Liu, a student in Auckland, has been sentenced to five months home detention after he admitted to 15 separate charges involving GST fraud involving NZD 44 350. He is alleged to have created 10 separate companies which were used exclusively to process fake expenses, and receive subsequent GST refunds. According to the Inland Revenue Department, the businesses’ real transactions contained only GST refunds and lump sum withdrawals by Bing Liu.

According to Jonathan Matthews, Investigations Manager of Assurance at the IRD, said that Bing Liu filed all his returns from an internet café, in a concentrated effort to hinder detection of hi... 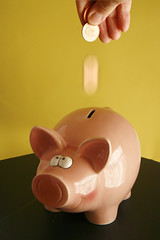 There are numerous perfectly legal and accepted ways to ensure that New Zealand taxpayers are not overpaying their tax liabilities and maximizing any existing tax benefits that the Government provides. Below is a list provided by an international tax adviser, Ed Kruger, explaining the easiest steps one can take to ensure that their taxes are optimized and that they do not needlessly squander their money.

Correct Tax Code
For a PAYE earner, choosing the right tax code is the fundamental step to ensuring that a correct tax liability is paid. If you provide your employer with a tax code that results in tax underpayment, the Inland Revenue Department will not stay quite about it, and will provide you with a nasty surprise at the end of the tax year... 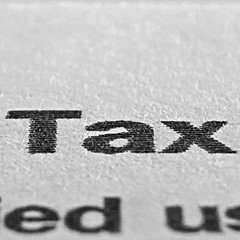 Businesses across the Canterbury region are being offered extended help with their tax requirements in October, in case they are still facing difficulties after last month’s earthquake.

The aftermath of Christchurch’s earthquake has been far reaching and devastating for many. Seismic aftershocks and the effects on businesses have been heavily detrimental for countless people across the Canterbury region. The Inland revenue Department (IRD) has said that it appreciates the difficulty this places on many and is willing to offer help.

The IRD issued a statement on October 14th saying that there are a number of provisions available to businesses to remit late payments and late filing penalties and interest...