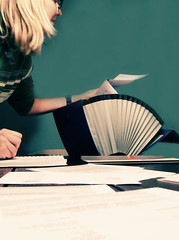 An Auckland-based tax agent who knowingly filed false tax returns on behalf of her clients has been sentenced to nine months home detention, after pleading guilty to multiple tax fraud charges.

On October 8th Isobel Dick was sentenced to home detention after pleading guilty to five charges surrounding GST and income tax returns that she filed for her clients. She allegedly claimed several of her clients’ non-business related expenses as legitimate business costs on their tax returns, including holidays to Fiji and Bali, jewellery, clothes, groceries, private entertainment, mortgage payments and vet bills. According to the Inland Revenue Department (IRD), over the period from 1999 to 2002 she was responsible for NZD 758 732 worth of tax discrepancies.

A new Government-instated working group met for the first time in Wellington this week, marking further progress in the Government’s attempts to instate electronic filing procedures for an increasing number of tax documents.

On October 7th the Software Developers’ Working Group met in Wellington for its inaugural meeting. The group was formed by the New Zealand Government after the nationwide Making Tax Easier consultation process, which aimed to asses individuals’ and businesses’ needs in taxation administration. The Working Group will be tasked with working alongside Government bodies to design systems which would ease national businesses’ tax compliance burdens.

During the consultations it was proposed that new software standards be created which would allow commonly used accoun... 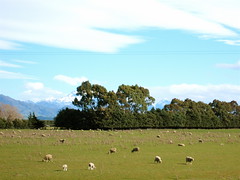 A new survey has found that New Zealanders largely do not support the concept of local farms being sold to foreign investors, regardless of who they employ or where they pay their taxes.

In response to recent political and social discussion on foreign investors purchasing into New Zealand farms, a new survey has been released which examines New Zealanders’ opinions on the topic. The survey was conducted by Curia Market Research on behalf of Natural Dairy (NZ) Holdings Ltd and released on October 6th.

Overall, nearly 65 percent of New Zealanders agreed that local farms should not be purchased by non-New Zealand investors, while only 28 percent thought that they should be sold to the “highest bidder”. According to Curia the sentiment was strongest among the elderly and the female survey ...

The recent earthquake in Christchurch has prompted the Inland Revenue Department to extend its tax redundancy tax credit system.

In a media statement released on September 30th Peter Dunne, Revenue Minister of New Zealand, announced an extension to the redundancy tax credits system. It was previously announced in Budget 2010 that tax credits would be repealed on October 1st 2010. However as a result of the earthquake, and the financial situations in which its victims are placed, the tax availability of redundancy tax credits will be extended to March 31st 2011.

The redundancy tax credit system was originally launched to with the aim of providing some tax relief to taxpayers receiving redundancy payments...