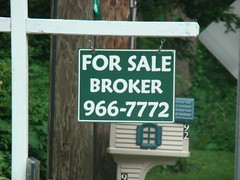 Following the recent Goods and Service Tax rate increase, the Inland revenue Department has issued fresh warning to anyone considering making illegitimate tax claims on property transactions, saying that the Department’s ability to catch offenders has been greatly increased.

On November 10th Martin Scott, Group Manager of Assurance at the IRD, revealed that the department now posses the tools necessary to monitor all GST claims surroundings property purchases. He commented on the capability, saying “…if someone thinks their activity might be overlooked in the huge volume of property transactions they’re sorely mistaken.” He explained that the recent 2.5 percent GST rate hike may add extra temptation for some taxpayers to dodge their liabilities, due to the potentially vast amount of money involved with a property purchase.

Martin Scott emphasized that despite the IRD’s ability to catch tax evaders, its primary operating objective was not to penalize offenders, but educate tax payers on their tax obligations. Although he conceded that the IRD would take swift and strong action in any case where fraudulent behavior is discovered. He added that taxpayers who commit serious offenses could even face criminal charges. Under current IRD regulations, tax evasion offenses could lead to penalties of up to NZD 50 000, and prison terms of 5 years, along with repayment of evaded tax liabilities.