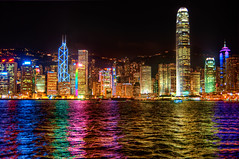 New Zealand and Australia have now signed a bi-lateral Comprehensive Double Taxation Agreement, opening up a greater avenue for trade between the two countries.

On December 1st the New Zealand Finance Minister Bill English and the Revenue Minister Peter Dunne announced that a Double Taxation Agreement (DTA) has been signed with Hong Kong. The agreement was signed on behalf of Hong Kong by the Financial Secretary John Tsang, at a ceremony held in Auckland.

According to Peter Dunne, Hong Kong is New Zealand’s 9th largest trading partner, with exports to the area valued at approximately NZD 850 million per annum. He summarized the intentions behind the DTA, saying, “This agreement will make New Zealand a more attractive investment destination for Hong Kong investors, and will make it easier for New Zealand businesses to invest in Hong Kong.”

The Inland Revenue Department of Hong Kong issued a press release at the time of the signing, explaining the taxation benefits of the new agreement. For a Hong Kong company with a permanent establishment in New Zealand will receive credits in Hong Kong for any taxation paid in New Zealand. For Hong Kong residents who are receiving dividends from New Zealand from a non-permanent established business a 30 percent withholding tax will apply, compared to a rate of 30 percent without the agreement. In the case of qualifying beneficial owners, a rate as low as 0 percent may apply. Royalties withholding tax will be reduced from a rate of 15 percent to a maximum of 5 percent. Withholding tax on interest from New Zealand will be reduced by 5 percent, to a level of 10 percent. It is hoped that the reduced rates will attract greater levels on inter-country business between New Zealand and Hong Kong.

The DTA still needs to be ratified by both Governments, before it can be enacted or applicable to tax payers of either country.

Photo by Sprengben [why not get a friend]