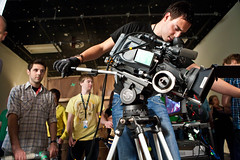 The New Zealand Government has issued nearly half a billion dollars in tax breaks and subsidies to attract foreign cinematic and television production firms to film in New Zealand.

Foreign film productions have received nearly NZD 500 billion over the last decade in the form of tax breaks, rebates and subsidies while filming in New Zealand. According to recently surfaced figures, NZD 220 million has been made available to production companies through tax breaks, and at least another NZD 200 million has been granted as rebates for production expenditures.

The production tax breaks were granted through the Government’s Large Budget Screen Production Grant (LBSPG), which allows certain tax breaks for productions with local spending exceeding NZD 15 million. The grant comes in the form of a tax break to the value of 15 percent of the production expenditure. Further grants can be given for post, digital and visual effects production.

From figures previously made available by the New Zealand Government and the Inland Revenue Department, it is known that the production Avatar received NZD 44.69 million from the LBSPG program. However, the Government also estimated that the film attracted almost NZD 307 million in extra economic activity to New Zealand. The Lord of the Rings productions by themselves were reported to have received NZD 300 in tax breaks over the last ten years, although their economic benefits are regarded as greatly exceeding the costs. It is estimated that an approximate NZD 100 million will be claimed by the upcoming filming and production of the Hobbit films.