NZ One of Freest Economies in World 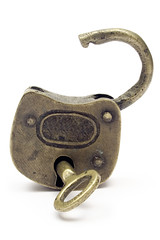 New Zealand has been ranked as the 4th freest economy in the world, only beaten out by Hong Kong, Singapore and Australia.

On January 12th the US-based Heritage Foundation and The Wall Street Journal co-released the 2011 Index of Economic Freedom, an annual report which aims to track the perceived changes in economic conditions and freedoms of countries across the world. According to the publication, New Zealand is currently the 4th freest economy in the world, and is ranked top across all countries for its business freedom and freedom from corruption.

The report categorizes each country’s overall economic freedom by analyzing a predetermined set of economic criteria, consisting of librety in conducting business, freedom of trade, fiscal freedom, size of government spending as a portion of Gross Domestic Product (GDP), monetary freedom, investment freedom, financial freedom, corruption, and freedom in the labor force. Each category is rated between 0 and 100, with the latter being the top possible score. New Zealand was assigned an overall rating of 82.3, a 0.2 point improvement compared to the 2010 Index of Economic Freedom results. The top scoring country, Hong Kong, achieved 89.7 points.

New Zealand’s lowest score was for the disproportionately high percentage of the national GDP which is accounted for by Government spending, with the index assigning 49.3 points for the category. Fiscal freedom, which measures top personal and corporate tax levels, was given 64.7 points. The score is exactly the same as that assigned to Timor-Leste, and is comparable to the Republic of Congo, which has 61.8 points. Perceived investment freedom and financial freedom were the next lowest measures, both at 80 points. Investment freedom quantifies the constraints imposed on the movement of capital with the country, both for individuals and business entities. Financial freedom is “a measure of independence from government control and interference in the financial sector.”

Analyzing the overall results of the research, the Index’s editors Terry Miller and Kim R. Holmes stated that over half the countries surveyed showed positive growth throughout 2010. They added that the upward movement indicates that “leaders from around the world have begun to understand and appreciate the link between economic freedom, prosperity, and overall well-being.”