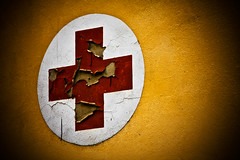 The recently instated government-run Christchurch Earthquake Appeal has been confirmed to be a charity, with all donations eligible to receive tax credits.

On March 1st the New Zealand Minister of Revenue Peter Dunne released a statement confirming the charity status of the government created Christchurch Earthquake Appeal, meaning all donations over NZD 5 will be eligible for one third back as a tax credit. He added that the fund would be treated as a tax-exempt entity.

In a press release Peter Dunne explained that the Appeal has already experienced high levels of donations from individuals and businesses across the country. He added: “…we want to encourage that by ensuring those donations can get a tax credit or tax deduction. Every little bit helps.”

The Earthquake Appeal was first announced on February 28th by Prime Minister John Key. He stated that the Appeal would be a global fundraiser, with an outreach to governments across the world. The Prime Minister explained, saying “…this Appeal will have global reach, with our network of diplomatic posts able to reach millions of people world-wide.” Peter Dunne has already revealed that several large local businesses made immediate donations to the fund.

Peter Dunne stated that the newly established fund would be used to directly compliment and work alongside other charities and service providers, such as the Red Cross and the Salvation Army. He elaborated, saying, “…the Government has created the Appeal to work alongside these organizations to make sure the funds are used in the best possible way.” It is expected that part of the appeal will be used to help fund operations carried out by other charities and recovery services.