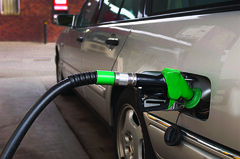 On March 29th Dave Bodger came forward and branded the plans as a “highway to hell”, asking, “…why introduce something that we already know won’t work, which is why it was abandoned in the first place?” He suggested that such an exorbitant tax hike would immediately lead to a growth in the black market for fuel, with large tankers being used to transport cheaper fuel from outside of the Auckland region, which would be distributed at unofficial petrol depots. The activity would not be restricted to large operations, with individuals being able to easily achieve similar results.

Regional fuel taxes have been repeatedly considered by the Auckland Council, but have always been rejected before implementation. Commenting on the levy being raised again, Dave Bodger said, “…it is really disappointing that we went to the cusp of this totally inefficient tax a couple of years ago and now we have to waste time in arguing against it again. Please let businesses get on with our business.”