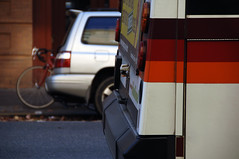 The government had planned to instate a 1.5 cents per liter increase to petrol taxes in June 2011. This will now be delayed, in favor of two increases spread out across 2012 and 2013. In total, the next two increases will bring petrol taxes up by 3.5 cents per liter. The minister conceded that the lowered rates will put extra pressure on the country’s roading and transport infrastructure budget, but he added that the decision would only decrease funding by approximately 2.5 percent.

The announcement was instantly met with criticism from opposition political parties, with claims that the move was only intended to serve the National Party with a positive political image and to garner more votes during the upcoming elections. The Transport spokesperson for the Green Party branded the decision as “just a band aid” to cover a much deeper problems with the country’s transport infrastructure. He suggested that New Zealanders are unhappy with the prices of petrol they are forced to pay, but see no viable alternatives in the country’s public transport options. Revenues raised from petrol taxes would be better spent on bus, bike and train systems then on national motorways.