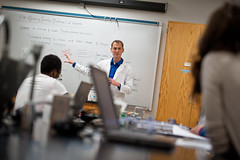 At the Labour Party’s Congress in Wellington, party leader Phil Goff delivered the keynote speech, revealing that it is his intention to see a 12.5 percent tax credit restored on research and development activities carried out in New Zealand. He claimed that the program would cost NZD 800 million over the next five years, but would directly stimulate an additional NZD 1.5 billion technological research each year. These activities could lead to associated economic activity of up to NZD 22 billion per year.

The new tax breaks would be funded by the inclusion of agricultural activity into the upcoming Emissions Trading Scheme, which would raise the NZD 800 million needed to fund research and development credits. Explaining the added benefits of the decision, Phil Goff said, “…the move will also encourage the agriculture sector to move quickly to reduce global warming gasses which account for 48% of New Zealand’s greenhouse gas emissions.” Federated Farmers of New Zealand, an independent rural advocacy group, has already commented on the idea, saying that the inclusion of agricultural activity the ETS will “emasculate farmers” and have significant negative effects on the economy.