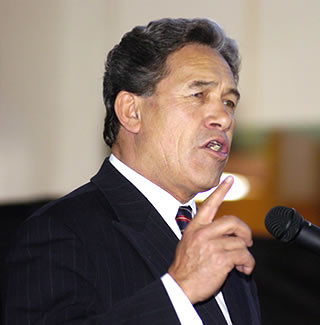 The New Zealand First party have publicized its economic intentions for the country, outlining a wide-reaching seven point plan to boost the country’s financial wellbeing.

The New Zealand First party kicked of its election year campaign promises on May 8th, when Winston Peters, leader of NZ First, gave a speechat the Annual General Meeting of the Hamilton division of Grey Power, promising discounted electricity for the elderly, and outlining the party’s “7 Steps to Prosperity” initiative.

The first step in Winston Peter’s plan is to encourage New Zealanders to aim for greater levels of savings. He claimed that his party would offer tax incentives for savings, saying that if elected, his party would cut taxes on the first NZD 10 000 of interest earned by taxpayers. He added that the government will also introduce bonds that are guaranteed to offer coupon rates of the national inflation level plus 2.5 percent. As a second step, the NZ First party will bring in new landownership regulations that will ensure that greater amounts of national agricultural land will remain under resident ownership. The third step will be to create a new government agency, whose primary aim is to promote and facilitate the repurchase of the country’s “strategic assets”. NZ First’s fourth step is to encourage the national export sector, which Winston Peters says is too vital to let wither away. In the fifth step, the Party will tackle the issue of student debt by having the government match each dollar paid off by a borrower. For its sixth and seventh step, the NZ First Party also plans to facilitate the growth of national banking facilities, and improving public transport infrastructures.

Winston Peters announced his party’s new policy that SuperGold Card holders should be entitled to receive a ten percent discount on their monthly power bill. He explained that systems would be instated to ensure that the price reduction is not abused. The party leader went on to say that it is his aim to see the new system instated by the winter of 2012.