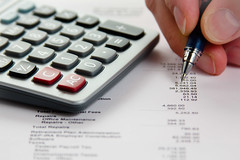 The Inland Revenue Department is testing the waters with a new tax evasion case, seeing if a handful of trans-Tasman companies have used select financial instruments to unfairly lower their tax obligations.

The New Zealand Inland Revenue Department is currently engaged in several legal proceedings over allegations of tax evasion against the local subsidiaries of several Australian based companies. The accusations revolve around the use of “optional convertible notes” (OCN) to avoid New Zealand based tax liabilities.

On September 20th Dr Moorad Choudhry, head of business treasury at Royal Bank of Scotland’s global banking and markets division, gave evidence at the High Court of Auckland, in the IRD’s case against the New Zealand subsidiary of the Australian kitchenware manufacturer Alesco...

New Zealanders are set to see a slew of tax changes to be instated, as a new tax bill is introduced into Parliament. The Bill, which was brought forward on September 14th, contains several proposed changes to the tax system and tax filing requirements, which were in the 2011 Budget.

In line with the results of a public consultation held last year, the new bill contains changes to filing rules, which will allow New Zealand business to file more of their annual obligations online. The move towards electronic filing will allow the Inland Revenue Department to instate a stronger infrastructure for information sharing and data verification. The move is should make significant reductions in compliance costs for taxpayers and the IRD.

Amongst the proposals contained in the bill is a change to the...

In line with the expectations of most economists, the Reserve Bank Governor Alan Bollard announced on September 15th that the New Zealand Official Cash Rate (OCR) will remain unchanged at 2.5 percent.

The Governor said that while New Zealand’s local economic performance was better than forecast over the last quarter, international economic factors meant that the OCR should not be increased at this point in time.

Since the June revision of the OCR prices for New Zealand’s export commodities has remained high, buoying the national economy. Additionally, the rebuilding efforts following the earthquakes in Christchurch are boosting internal consumer demand... 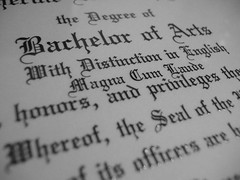 New legislation has been tabled in front of Parliament, containing measures aimed at improving the rate of repayment on student loans in New Zealand.

On September 7th the Revenue Minister Peter Dunne introduced the Student Loan Scheme Amendment Bill, which aims to tighten the rules applicable for student loan holders. If approved, the legislation will cut down the repayment holidays available to borrowers who are traveling overseas, and will also require borrowers to nominate a contact person when leaving the country.

Commenting on the intentions of the bill, Peter Dunne said, “…essentially, we are cleaning up the whole area around defaulting on student loans and addressing the overall size of student loan debt.”

The Bill will require that loan borrowers who leave the country for an ...