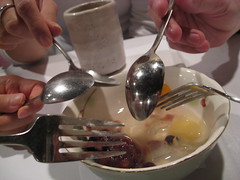 The Danish government has recently instated a new tax, which is levied in the fat content of certain foods. The measure was aimed at reducing the fat consumption of Danish citizens, with the intention of improving the national diet. However, Katherine Rich, Chair of the Food Industry Group (FIG), claims that the new tax will only serve to make food more expensive for families. She added that the subsequent price increase in foods, combined with a shift in eating habits, could even put the health of children and the elderly at risk.

The FIG does not support similar measures for New Zealand, as they will not prove to have the intended effect. Katherine Rich explained that fat taxes are often supported by claims that consumption of any type of fats is inherently unhealthy. She added that measures target at healthy eating should also consider all types of food eaten by people, and weighed against their personal activity levels.

According to FIG the Danish fat tax will serve well to increase tax revenues in Denmark, and that any similar moves in New Zealand would only have the same outcome.