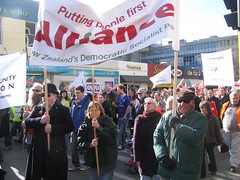 In a speech given at the NZ Institute of Chartered Accountants (NZICA) 2011 Tax Conference in Auckland on November 11th the New Zealand Minister of Revenue Peter Dunne recounted the tax achievements of the government for the 2011 year.

According to the Minister, over the last 12 months the government, and the entire country, has faced a series of unfortunate events and disasters, such as the Christchurch earthquakes and the Rena oil spill. He claimed that the government had done everything possible to address these issues and take New Zealand through the downturns in the best possible way.

In regards to tax system improvements, the Minister said that in response to the quake the government has extended redundancy tax credits, and removed tax and gift duty on trading stock that businesses ...

The New Zealand tax system has been rated as the 27th best in the world for its ease of compliance.

Last week the international professional services firm PricewaterhouseCoopers released a new study ranking the tax burdens and ease of paying taxes in countries across the world. In the report New Zealand was ranked as the 27th highest in regards to the efficiency of its tax system.

The research compared the tax systems of 183 different countries, inspecting the burdens faced by medium sized businesses in the respective country. Specifically, the study looked at the number of tax payments faced by an average business, the time it would take for a representative business to comply with its tax obligations, and the total tax rate a company would face.

New Zealand was regarded as having 8 taxe... 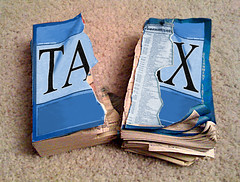 The ACT Party has called for New Zealand to cut its company tax rate to less than half, and drastically reduce personal taxes.

The ACT Party has launched its campaign for the November elections, with a push towards lowered taxes, reduced government spending, and a slashed corporate income tax rate. The party revealed its major policies at the campaign launch held in Auckland on November 13th.

The key points were delivered by ACT leader Don Brash, in a speech during the launch. He said that one of the party’s primary goals was to drastically cut the corporate tax rate to 12.5 percent. The reduced levy should drive greater investment into the country and allow currently formed businesses to prosper.

The party has continuously campaigned for a 20 percent to personal income tax rate, however...