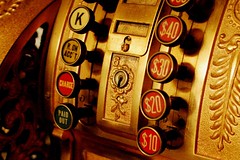 The Companies Office’s push towards online facilities has also proven to be successful, with only 8 companies being registered with a paper application during the year, and nearly 99.8 percent of all annual returns being submitted online.