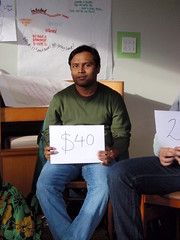 The results of a new study shows that New Zealand is lagging behind other OECD countries in income equality.

On December 6th the Organization for Economic Cooperation and Development (OECD) released Divided We Stand: Why Inequality Keeps Rising, a report into income inequalities around the world.

According to the report, the richest 10 percent of New Zealanders earn approximately 10 times more than the poorest 10 percent. In the 1980s the ratio was approximately 6 to 1. New Zealand’s current inequality levels put the country on par with Australia, Japan, and Canada, and above the average for OECD nations.

The authors of the report examined several economic measures to gauge the extent of income inequalities in New Zealand, including the gini index on household net income, individual earnings, household market incomes, and wage dispersion.

The report suggested that the best means to address any shortcoming in income equalities was to address the issue of unemployment, invest more into national education and work training programs, and close outstanding loopholes which allow for high income earners to neglect their tax obligations.