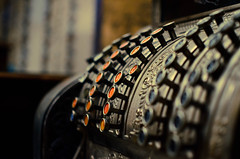 The latest static indicator for New Zealand inflation has been published, showing that prices throughout New Zealand only went up by 1.8 percent last year.

The new information showed that during the last three month of the year the CPI fell by 0.3 percent. The drop was largely contributed to a 25 percent decrease in the price of vegetables over the 4th quarter of 2011. Also, telecommunications services saw a significant 3.6 percent decrease in prices in the last quarter of 2011, and the cost of purchasing new household contents and services fell by 1.5 percent. According to Statistics New Zealand, throughout the last quarter of 2011 retailers offered more discounts than during the rest of the year or the third quarter of 2010, leading to the overall lowering of consumer prices in the last three months of the year.

Statistics New Zealand explained that the decrease in produce prices was a seasonal variance, and the quarterly CPI would be 0.1 percent if the effect was removed.

The most significant price increase for the quarter was the cost of transport, which was up by 1.4 percent, mainly due to a 5.8 percent hike to the price of international air fares, a 1.8 percent jump for second hand cars, and 0.9 percent growth to the cost of petrol. According to Statistics New Zealand, the change in the price of airfares is a seasonal effect and was expected for the time period.

The annual inflation figure for the 2011 year now stands at 1.8 percent, and for the year up to the end of the September quarter, the inflation level stood at 4.6 percent. According to Statistics New Zealand, the 2011 annual CPI increase is the first to not include the upward effects of the GST rate increase that occurred in October 2010.