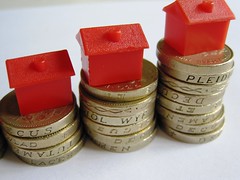 The study compared the median house prices in a given market area with the median household income levels in the same region. According to the published results, housing prices in New Zealand are severely unaffordable, and Auckland is the least affordable region, with the average house price being approximately 6.4 times higher than the average pre-tax salary. Christchurch and Tauranga were also seen as severely unaffordable areas, with property prices being 6.3 and 5.9 times higher than wages.

No areas of New Zealand were ranked as being affordable, with a median price multiple of 3.0 or less. Palmerston North was the most affordable area in the country, with a score of 4.1, followed by Napier and Hastings, and Hamilton, both with ratings of 4.8.

According to one of the authors of the report Hugh Pavletich, the high prices of housing in Christchurch are putting a serious hamper on the city’s recovery efforts following the repeated earthquakes in the city. He suggested that the local government and international experts need to investigate new means and urban planning methods in order to improve affordability in Christchurch, and aid its rebuilding.

Internationally, New Zealand ranks as one of the most unaffordable countries for housing, only being outranked by Australia and China, with scores of 5.6 and 12.6 respectively.