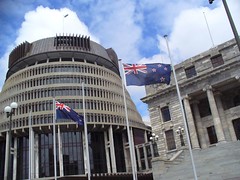 Throughout 2011 New Zealand saw several significant changes to the tax system, including the introduction of the new types of entities, reducing corporate tax rates, closing of loopholes in tax regulation, modernisation of filing systems, and further alterations aimed at improving the overall efficiency and sustainability of the tax system. To summarise the recent tax changes, Abaconda Managment Group has released a new overview of the major tax changes that were carried out in New Zealand over the 2011 calendar year.

Use of Money Deductibility

On December 5, 2011 the New Zealand Inland Revenue Department (IRD) issued a statement clarifying the tax treatment of Use-of-Money Interest, confirming that the payment would now be regarded as an expense and will be deductible for tax purposes.

Use-of-Money is the interest is levied by the Inland Revenue Department when taxpayers underpay their tax obligations.

On October 1, 2011 the government abolished gift duties in New Zealand, claiming  that the system of Gift Taxation is no longer effective or relevant. In recent years the cost to taxpayers of complying with rules of gift duty  was higher than the cumulative tax revenues raised by  this type of taxes.

Gift duties were levied on taxpayers who gave gifts valued in excess of NZD 27 000 per year.

On August 5, 2011 a new Bill was introduced to New Zealand Parliament containing regulations aimed at eliminating the occurrence of “phoenix” fraud schemes.

The schemes involved a business entity making a claim for and receiving a Goods and Service Tax refund on a large purchase, while the corresponding party in the transaction winds down their own company before making any GST payments.

On September 14, 2011 a new Bill was introduced to New Zealand Parliament containing several changes to the regulations governing the filing requirements for businesses. The new rules allowed businesses to file a greater number of their obligations online, with the aim of reducing compliance costs and processing times.

The expanded use of electronic filing has allowed the IRD to improve its infrastructures for information sharing and cross checking of data.

On June 22, 2011 the Minister of Revenue Peter Dunne announced the government’s decision to allow New Zealand businesses to claim tax deductions on failed software development projects. Prior to the change, the expenses incurred by when developing new software were not regarded as tax deductible if the project was ultimately scrapped prior to completion.

Starting from July 1, 2011 the thresholds for wine excise taxes were raised, greatly lowering the compliance requirements for the New Zealand smallest wine makers. Prior to the change, New Zealand wine makers with excise tax liabilities exceeding NZD 10 00 per year were liable to pay their tax obligation monthly. However, following the change, monthly payments are only required from producers with tax liabilities exceeding NZD 100 000 for the year.

On April 5, 2011 the Revenue Minister Peter Dunne announced the introduction of a Bill to implement new beneficial rules for foreign businesses investing  into a New Zealand Portfolio Investment Entity (PIE).

Under the new rules, foreign investors who derive incomes from a PIE will not face taxes in New Zealand, if the PIE’s incomes are raised overseas. The rules do not affect the tax treatment of New Zealanders investing in PIEs.

Starting from April 1, 2011 depreciation can no longer be claimed on buildings in New Zealand with estimated life spans of more than 50 years.

The change was instated with the intention of encouraging New Zealand investors to put money into sectors of the economy other than real estate.

The LAQCs were commonly used by New Zealand property investors and landlords, as such entities allowed the company’s losses to be passed through to the individual owner, to offset their personal tax liability.

The LTC allow the profits and expenses of the New Zealand company to be passed on to the shareholders, in proportion to their respective shareholdings. The LTCs instantly have gained popularity with international investors, as the LTC regulations can offer a 0% tax advantage to companies with no New Zealand resident shareholders and no New Zealand raised profits.

Eligibility for Working for Families

On April 1, 2011 the New Zealand government tightened the eligibility criteria for taxpayers applying for Working for Families tax credits. Following the change, income testing for the Credits will also take into account earnings from family trusts. Additionally, applicants will no longer be able to deduct rental losses and investment losses for the purposes of the means test. The change is expected to save the government almost NZD 0.5 billion in payments over the next four years.

On April 1, 2011 the corporate income tax rate in New Zealand was cut by 2 percent, to a rate of 28 percent. The revised rate is also applicable to unit trusts, life insurance policy holders, and other savings vehicles.