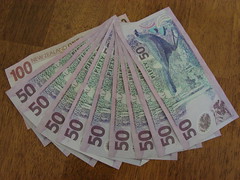 The results of the report are based on a weighted average of the prices of 160 different products and services, across 130 cities around the world.