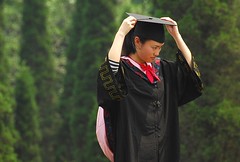 According to the report, one of the biggest changes brought in by the new bill will be the exclusion of loses from the calculation of incomes for student loan repayments, which will increase personal responsibility for debt repayment and maximize the amount of payments of loans.

The new Bill will also bring in rules mandating that all new student loan applications must nominate a third party to be responsible for maintaining up to date contact details of the borrower, and providing the information to Study Link upon request. The new regulations will allow the Inland Revenue Department to receive and use the contact details of the nominated person, when trying to reach a student loan holder who has left New Zealand.

The repayment holiday currently available to borrowers who travel overseas will be reduced from three years to one year. Anyone applying for the repayment break will be required to provide details of a New Zealand based contact person in order to be granted the holiday.

The new report also contained several questions that were raised by the public regarding the Student Loan amendments, however, the Committee did not recommend changes to the Bill following the raised concerns.