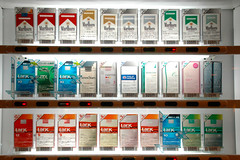 The Prime Minister John Key has already spoken out against the suggestion, saying that the move could lead to people purchasing tobacco on the black market, circumventing the taxes altogether. The Prime Minister’s words were backed by the director of the anti-tobacco group ASH Ben Youdan, who said, “…if you are pushing prices up to $100 a pack I think it’s pretty inevitable that people would see it as an opportunity to undermine that and see it as an opportunity to sell tobacco illegally.”