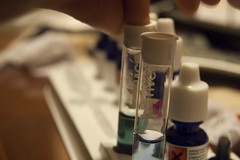 New Zealand needs to concentrate on building a stronger scientific sector and encouraging the development of more high-tech research jobs, in order to foster sustainable economic growth in the future.

In a speech given at a conference of the New Zealand Association of Scientist on April 16th the leader of the Labour Party David Shearer confirmed his party’s stance towards science in New Zealand, saying that the country needs to foster more technological research through the use of targeted tax breaks and economic policies.

According to the Labour leader, the National government has “systematically made choices that I [David Shearer] believe have set science backwards.” He pointed to the removal of research and development tax credits, cutting of post-doctoral fellowship funding, and restructuring of the science sector.

He suggested that New Zealand’s future economic viability did not lie with the agricultural sector, saying “…there’s always going to be a ceiling to how much milk and beef you can take off a hectare of land. It’s not a matter of choosing agriculture or high-tech. It’s a matter of choosing both.” He elaborated further, saying that an economy based around high tech innovation will also produce more jobs, and help retain the country’s talent.

David Shearer called for tax credits to be reinstated on research and development activities, saying that the Labour party proposes that the tax break should be paid for by bringing agricultural admissions into the government’s emissions trading scheme as soon as possible. Earlier this month the government proposed delaying the implementation of ETS on agriculture until at least 2014.