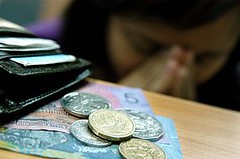 Pete Hodkinson claims that leaving the threshold at its current level will mean that an extra 1 500 New Zealand students will no longer be el... 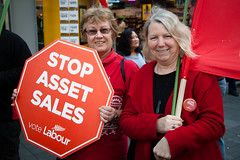 The government should consider borrowing money from private investors in New Zealand, instead of selling state owned assets.

On May 21st the economic consultancy firm BERL released a new report, commissioned by the Green Party, detailing the potential economic effects of the government’s proposed asset sale program.

The report claimed that selling off state owned enterprises would permanently damage the financial situation of New Zealand, suggesting that it would cause a “…permanent deterioration in the external deficit and the level of external debt”.

Ganesh Nana, author of the report and economist at BERL, explained that selling assets would immediately reduce the government’s revenue streams, due to the decrease in the collections of dividend payments...

On May 9th the University of Otago published new research which was commissioned by the Treasury of New Zealand in order to attain greater information on income movements across different demographics in the country. The authors of the research examined data collected in Statistics New Zealand’s annual Survey of Family, Income and Employment, to determine how the incomes of New Zealanders changed over the period between 2002 and 2009.

The research indicates that over the time period New Zealanders saw significant mobility in their incomes, both in terms of upward and downward movements...