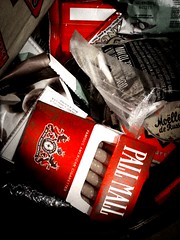 The Maori Party is campaigning for the government to announce even further increases to tobacco taxes in the Budget announcement later this month.

Earlier this week, on May 2nd, the co-leader of the Maori Party Tariana Turia said that her party will continue to push for increases to excise taxes on cigarettes, saying that “…we know that excise has been the best way, to date, at preventing the uptake. It’s worked extremely well.” She suggested that the government should instate further hikes to taxes on cigarettes later this month.

Tariana Turia is pushing for New Zealand to become a smoke free country by 2025, and claims that raising excise taxes would be an appropriate step to reach the goal. However, she admitted that she currently has no indication of whether the government plans to announce another excise tax increase in the near future, saying “…I would like to be confident that there might be more, but I don’t know whether there’ll be a greater increase at all, that hasn’t been told to us.”

Commenting on the prospect of the hikes, the Prime Minister said, “…we’ve raised excise before, it’s been very successful in raising revenue and also in terms of reducing the numbers of people smoking, I think that’s been a good thing.” He acknowledged that the Maori Party has been campaigning for even further increases, but said that he would not reveal any news on the tax until the Budget announcement on May 24th.