Tax Revenue Down by $1.4 Billion 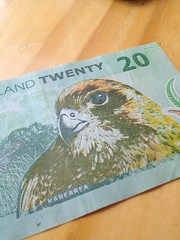 Tax revenues in New Zealand are continues to be below forecast, although the government believes that there will be some improvement.

On May 8th the Treasury of New Zealand released the Financial Statements of the Government of New Zealand for the nine months ending March 31st 2012, showing that the total unconsolidated tax revenues for the period were NZD 1.404 billion, or 3.0 percent, below the the government’s own forecast, earlier published in the 2011 Pre-election Economic and Fiscal Update a few months ago.

The Treasury expects that the gap between the amount of taxes collected and the foretasted level will narrow to NZD 700 million within the next three months, and suggested that indicators have emerged that corporate tax collections will pick up in the next quarter, adding approximately NZD 400 million more to the total collections for this fiscal year.

It was noted that there were some decreases to total expenditures and total revenues due to timing variances, with both measures expected to pick up in the last three months of the fiscal year.

One of the reasons cited for the revenue shortfall was decreased collections of GST following the catastrophic Christchurch earthquake last year.

Commenting on the Statements, the Finance Minister Bill English said that the latest data shows that 2012 has been a difficult year for New Zealand, but the country will return to a budget surplus within three years.