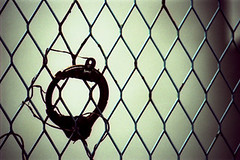 The IRD has won a case against an Auckland based business man, who willfully ignored his tax obligations and fled the country for two years to avoid legal procedures.

Chandar Prakash pleaded guilty to deliberately evading tax obligations of more than NZD 170 000 in the years between 2001 and 2006, and received a sentence of one year and ten month in jail for his offenses.

The accused filed for bankruptcy in 2009, and, according to the IRD, approximately NZD 1 million of his debts to the IRD had to be written off, including his Student Loan debt, his unpaid tax obligations, and the penalties and interest due to the IRD.

According to the IRD, Chandar Prakash did not register for GST in April 2001 when he began working as an architectural draftsman, and repeatedly failed to file his Income Tax returns and GST returns from 2001 onwards.

The investigations into the tax affairs of Chandar Prakash were delayed for two years in 2009 when he traveled to Fiji one month before he was scheduled to appear in court. He did not inform the IRD or his legal counsel of his return to New Zealand in 2011. The IRD claims that Chandar Prakash’s absence lead to higher costs and expenses for the IRD, and to greater interest and penalty fees for himself.

Commenting on the case, a representative of the Inland Revenue Department said that the sentence against Chandar Prakash shows that the IRD is serious about fighting tax offenses.