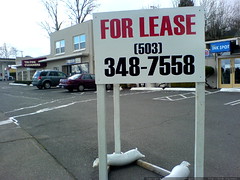 The government is looking for suggestions on how to maximise tax revenues from payments made by landlords of commercial property to potential tenants.

According to the issues paper, the current tax treatment of inducement payments results in a “revenue risk to the tax base”, and the paper makes several suggestions which would change tax regulations to make the payments taxable.

The Inland Revenue Department describes inducement payments as “a payment given by a landlord to a prospective tenant as an “inducement” to enter into a commercial lease... 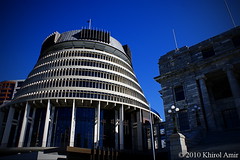 The Reserve Bank has left the OCR unchanged, due to the continued poor economic outlook overseas.

While speaking at a press conference in Wellington on July 26th the governor of the Reserve Bank Alan Bollard revealed that the New Zealand Official Cash Rate (OCR) would be maintained at its current level of 2.5 percent.

The governor said that “it remains appropriate for the OCR to be held at 2.5 percent”, as the country’s economic outlook has remained consistent with forecasts made at the previous OCR review in June. He elaborated, saying that the economic outlook for New Zealand’s key trading partners remains low.

The Reserve Bank still expects economic activity in New Zealand to grow “modestly over the next few years”, with the housing market still expected to pick up with the ongoing reco...

New Zealanders participating in the purchase of shares of state assets will be offered bonuses for not selling their shares.

On July 22nd, while speaking at the National Party Conference in Auckland the Prime Minister of New Zealand John Key revealed more details of the government’s asset sale plan, saying that all individuals who buy shares will be offered a loyalty bonus for not selling their shares shortly after purchase.

According to the Prime Minister, the government will sell shares of the energy producer Mighty River Power as early as September this year. He said that applicants for the initial offer can be guaranteed a minimum purchase of NZD 2000, with NZD 1000 for the smallest parcel of shares.

John Key added that in an effort to ensure that investors do not sell their shares sh...

Maori Do Not Want Cigarette Tax 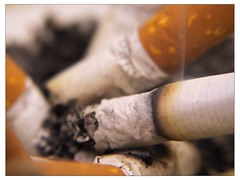 Winston Peters has come forward to say that New Zealand Maori are not benefiting from current tax laws for tobacco.

On July 18th leader of NZ First Winston Peters spoke at a select committee hearing, claiming that the government’s current tax treatment of cigarettes and tobacco products does not coincide with the interest of Maori in New Zealand.

Addressing the vice-president of the Maori Party Ken Mair, Winston Peters asked “…I wonder how many Maori are behind you on this issue?”
Winston Peters claimed that the government’s current proposal of raising tobacco taxes by 10 percent a year was created by “the new Maori middle class” and would “thump” low income Maori families with exorbitant costs.