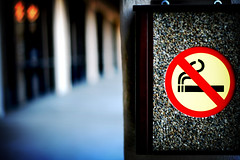 “Plain packaging” rules for cigarettes would only serve to increase the number of smokers in New Zealand, according to British American Tobacco.

Speaking in a television interview on August 23rd the spokesperson for British American Tobacco Nick Booth said that the government’s proposal to introduce new rules regarding cigarette packaging could backfire and increase the number of smokers in New Zealand.The spokesperson claimed that New Zealand would see a greater number of cigarettes being sold on the black-market if the government introduces its proposed “plain packaging” regulations for tobacco products.

He added that if the rules were approved, the tobacco industry may be forced to lower its prices in order to attract customers who were put off smoking by the unmarked packages. Nick Booth explained that when consumers can no longer distinguish between different brands of cigarettes, the price of the product will be one of the key factors for consumers deciding which brand of cigarettes to purchase.

In addition to the effects on the national economy, the move to introduce plain packaging would also “…damage New Zealand’s international trading reputation and set a troubling precedent for other industries.”

Earlier this week British American Tobacco launched a new campaign to sway public opinion against the proposal to introduce rules for plain packaging of cigarettes.