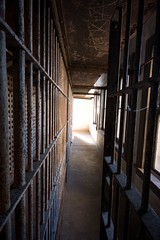 Two accountants have been sentenced to jail time for operating a tax scheme worth millions of dollars.

On August 17th the Wellington based tax advisers Barrie James Skinner and David Ingram Rowley were handed the longest prison sentences ever given in New Zealand for tax related crimes.

The tax advisers were found guilty of filing fraudulent tax returns on behalf of their clients, with fictitious claims for expenses amounting to over NZD 9 million.

The IRD claimed that the accountants personally made up to NZD 2.3 million dollars from the scheme, with Barrie James Skinner keeping nearly three quarters of the amount.

Explaining the scheme, the group manager of assurance at the IRD Patrick Goggin said “…the pair filed false income tax and GST returns on behalf of numerous clients through their tax agency, Tax Planning Services Limited (TPSL), for goods and services that were never provided. Under this arrangement, the client paid an invoice for these claims but then received the bulk of the payment back. This not only reduced the client’s tax liability but TPSL retained the difference.”

The accountants also attempted to hide the evidence of their actions by instructing clients to lie to the IRD, and even produced fake documentation to support their claims.