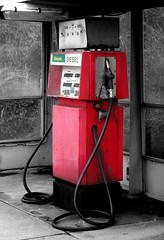 The extra tax revenues gathered from the increase will be used to fund improvements of the transport network in the Auckland region, to build and repair roads in the earthquake damaged areas of Canterbury, and to fund the government’s long debated “roads of national significance”.

In order to cover any short-term shortfalls in funding for the development of the roads, the New Zealand Transport Agency has been granted the authority to borrow NZD 100 million.

Earlier this month, the excise duties on petrol were raised by NZD 0.02 per litre.