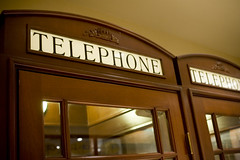 The Inland Revenue Department has been upgrading its customer service systems and is celebrating the success of its new voice recognition technology.

Last week the Inland Revenue Department issued a new statement which said that over 400 000 taxpayers in New Zealand have already signed up and begun using the Department’s voice recognition system Voice ID.

According to the statement the new Voice ID system allows taxpayers to access their accounts by telephone with the IRD by answering a series of simple questions over the telephone instead of entering a traditional pin number.

Explaining the security of the system, a representative of the IRD said that every individual’s voice is unique like a fingerprint, meaning that that the Voice ID system is extremely secure.

The IRD said that the Voice ID system has been operating since November 2011, and now more taxpayers using Voice than the traditional PIN system, and the feedback from individuals has been largely positive.