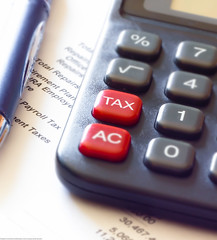 New Zealand’s currency account deficit has risen compared to the March quarter and the June quarter of 2011.

The current account deficit is approximately 4.9 percent of the national GDP.

The increasing annual deficit was attributed to rising levels of imported of goods into New Zealand over the year, especially petroleum and petroleum derivatives.

Statistics New Zealand also noted that a portion of the increasing budget deficit was caused by an increase in the profits earned and dividend paid out to overseas shareholders by foreign-owned banks operating in New Zealand.

Compared to June 2011, the export of services from New Zealand did increase, with the export of personal, cultural and recreational services up by NZD 213 million during the time period.

The majority of the increase was accounted for by the filming of The Hobbit, which commenced late last year.
Photo by Dave Dugdale