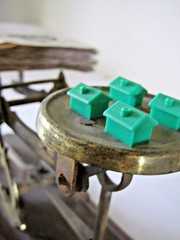 The OCR will remain unchanged yet again as New Zealand’s economic conditions have not shifted enough to warrant an adjustment.

The New Zealand Official Cash Rate (OCR) was maintained at a rate of 2.5 percent by the Reserve Bank of New Zealand at the latest Monetary Policy review on September 13th.

The Reserve Bank Governor Alan Bollard explained that the OCR was not changed as New Zealand’s economic outlook is still consistent with the forecasts described in the Monetary Policy Statement issued in June.

He explained further that the economic outlook for New Zealand’s major economic partners remains uncertain, with a recession in several countries in Europe and a slowdown of economic activity in China.

Allan Bollard said that the Reserve bank expects that economic activity in New Zealand will continue to expand at a modest pace over the medium term, with housing market and construction sector set to grow over the next few years.

However, the Governor conceded fiscal consolidation is limiting consumer demand, and the high value of the New Zealand dollar is undermining profits in the export sector.