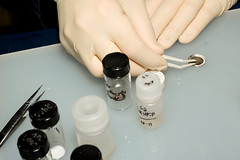 The New Zealand government’s plans to provide funding to research and development firms has fallen below exepectation and has not provided enough capital to small and medium sized firms.

On September 16th the Labour Party of New Zealand issued a new press release, criticizing the government for not doing enough to support high-tech industry in the country, and saying that the Technology Voucher System has not worked as was originally promised by the National Party.

According to Megan Woods, the Science Spokesperson for the Labour Party, in 2010 the National Party announced that it would set up the Technology Voucher System to provide NZD 20 million in funding over the following four years to encourage the development of small and medium sized enterprises engaged in high-tech research and development.

The Labour Party says that since the inception of the system, New Zealand businesses have received less than NZD 4 million in funding, with only one third of all grants being above NZD 100 000.

Megan Woods said that the process of applying for funding was too complicated and “…some of our smartest scientists struggle to understand it.”

The Labour Party claimed it was concerned that the government’s current plans to spurn high-tech development ” will be yet another grand gesture from the National government that fails to deliver the science and innovation results that New Zealand needs.”