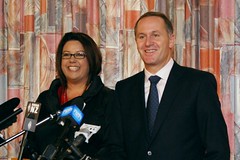 The government is continuing with its controversial plant to reform welfare rules, and has introduced a new bill to overhaul the benefit system.

If accepted, the new bill will replace the current seven benefit categories with three new categories.

The new Bill will also introduce  the requirement for all jobseekers to be drug free, and will also require parents to ensure that their children have a minimum level of access to healthcare and education.

Powers will also be granted to stop benefits payments to individuals with outstanding arrest warrants.

According to Paula Bennett the reform to the welfare system could save the government up to NZD 1.6 million over the next four years.