FACTA in the Works for NZ 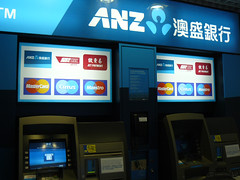 New Zealand banks will soon need to pass on all information regarding their American clients, as New Zealand looks set to join the US FACTA agreement.

The FACTA was enacted by the US government in 2010 and requires all foreign financial institutions from participating countries to report to the US Internal Revenue Service all information regarding clients who are also US taxpayers.

Explaining the benefits of singing the agreement, Peter Dunne said “…without an intergovernmental agreement, financial institutions would have to enter into separate agreements with the IRS... 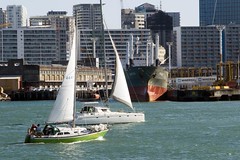 New Zealand is also ranked as the country with the best rules for the protection of investors, having the highest possible index scores for extent of disclosure, shareholder sui...

Photo by yum9me
The Reserve Bank announced on October 25th that the Official Cash Rate (OCR) of New Zealand will be left at 2.50 percent for another term.

Graeme Wheeler explained that it is appropriate to leave the OCR at 2.5 percent “for now” as “the global economy remains fragile, with further recovery heavily dependent on policy implementation. That said, market sentiment has improved from earlier in the year, suggesting the risks to the global outlook are more balanced.”

The economic conditions in New Zealand were described as mixed, with GDP growth continue at a “modest pace” and the housing market expanding as previously pre...

The sale of shares in Mighty River Power has hit a new snag, as the government prepares to go to Court to hear objections regarding the sale.

On October 23rd the Finance Minister Bill English announced that the government will delay the signing of the Order in Council for the partial sale of Mighty River Power.

The Order was postponed upon the advice of the Court, as an interim date of November 26th was set to hear the a challenge in the High Court to the sale from the Maori Council and the Waikato River hapu Poukani.

The sale of Mighty River Power is currently scheduled for March 2013.

Commenting on the upcoming delay to the Order, the Prime Minister John Key said that he expects the issue to reach the Supreme Court, but does not expect the final sale to be delayed beyond March 2013.