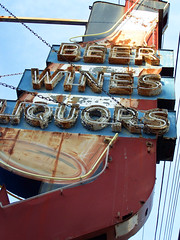 Parliament is set to debate the merits of a new proposal  to instate massive hikes to the duties on alcohol products in New Zealand.

Last week a new supplementary order paper was introduced by Green Party MP Kevin Hague for the Alcohol Reform Bill currently in front of parliament, proposing to raise all excise duties on alcohol by an extra 50 percent.

The proposed 50 percent increase to the excises is based on a recommendation published a in a review of alcohol laws completed by the Law Commission.

It is estimated that the hike to excise duties would decrease alcohol consumption by approximately 5 percent in New Zealand, and would raise government tax revenues by NZD 72 million.

Explaining the reasons for raising alcohol prices, Kevin Hague said “…the issues that we have with problem drinking, and in particular binge drinking, all of the experts are pretty confident would be impacted favourably by increased price.”

The proposed schedule of excise duties can be seen in the supplementary order paper.