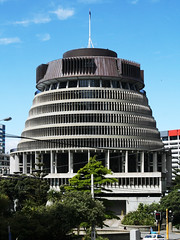 Over the course of the year the government’s financial situation has improved, and the national deficit has been slashed in half.

On October 10th the Treasury of New Zealand released the Financial Statements of the Government of New Zealand for the Year Ended 30 June 2012, showing that he government has slashed the budget deficit in half during the time period.

Over the course of the year the government saw overall revenues of NZD 84 billion, and spent approximately NZD 93 billion, leading to a deficit of NZD 9.2 billion.

The deficit is approximately NZD 800 million than forecasted in May, which was mainly attributed to a NZD 1.4 billion write down in the value of the assets of KiwiRail.

The government’s debts are NZD 10 billion higher than at the start of the year, a level that is in line with its own forecasts.

Both the Prime Minister of New Zealand John Key and the Finance Minister Bill English said that the financial performance of New Zealand throughout the year shows that the government is making  progress toward bringing the budget back into a surplus.